A Spectacular Day on the Bike - The Denali Bottom Gravel Race 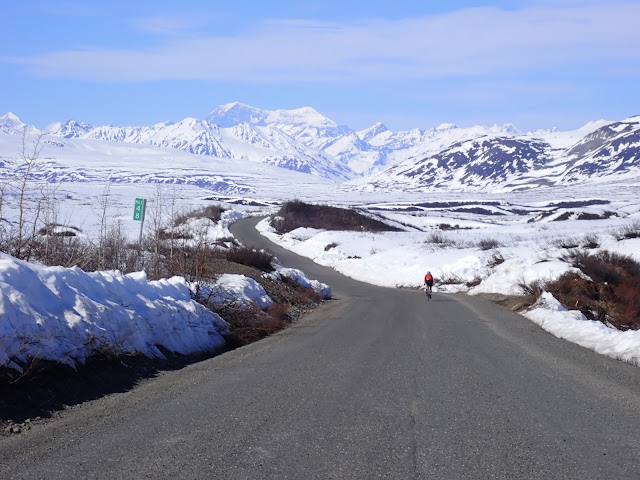 I woke at 3:30 a.m. to the sound of something knocking against my cabin window. Was it sleeting? Or snowing? But the weather called for clear skies. I finally got up and saw a robin fighting its image in the window. I went back to sleep but that darn robin came back every 20 minutes to fight itself again, waking me up. Oh well, lack of sleep wasn’t enough to ruin one of the most spectacular days on a bike that I was about to have. 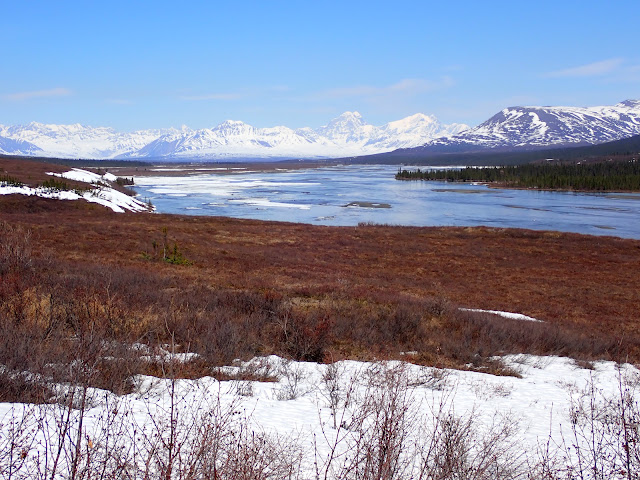 I had been in a funk the past week. I was having some FOMO from missing the Grand Depart of the Cross-Washington (XWA) Bikepacking Race, even though it was the right choice for me. From Facebook posts about the race it seemed like everybody was having great Type 2 fun. I’m planning to time trial the race in June, but it won’t be the same as being on the course with other racers.

And work had been very stressful. Between complex patient issues, lack of enough clinical support, an inefficient EMR, and all the other frustrations with modern medicine and insurance, I had been feeling burned out. 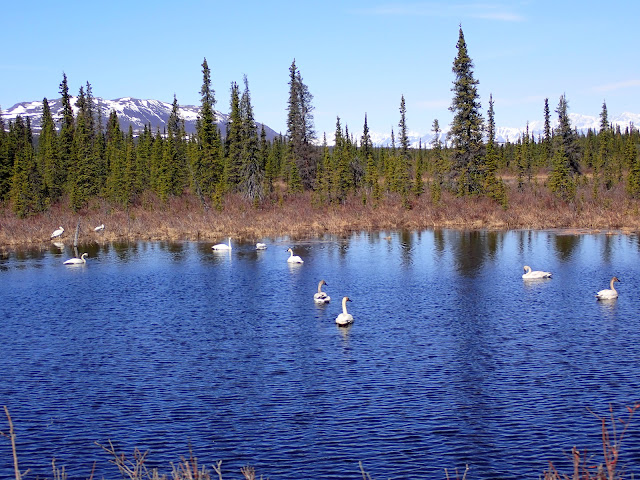 A nice trip would have helped, and I had a four-day weekend over Memorial Day weekend, but Eric and I couldn’t come up with any fun plans. Trails we wanted to do were still too wet or snow-covered and there was too much snow in the mountains even in Southcentral for any extended road trip.


Then I remembered the Denali Bottom Gravel Race, which has happened Memorial Day weekend on the Denali Highway for the past several years. The Denali Highway is a 135-mile mostly gravel road that runs between Paxson and Cantwell through the Alaska Range. It’s considered one of the most scenic roads in the world. 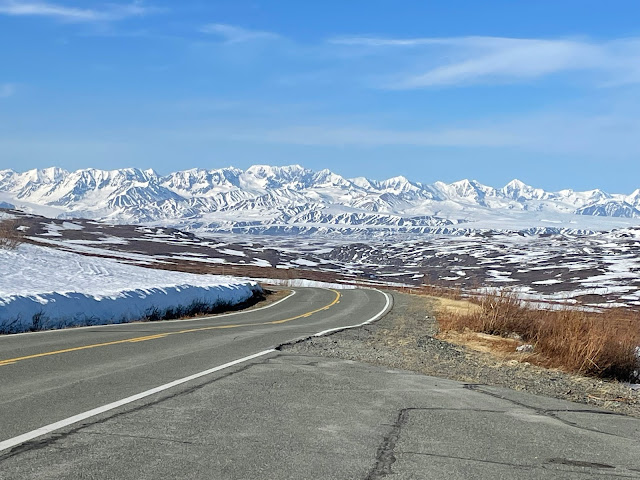 This year’s race had an out-and-back format with either 60- or 120-mile distances, both starting from Maclaren River Lodge. For the 120-mile race, you headed west for 20 miles up and over Maclaren Summit and down to Tangle Lakes, turn around and head back up and over Maclaren Summit again and back to the lodge. You then head east for 40 more miles to the Clearwater Mountain Lodge before turning around and heading back to Maclaren to finish for a total of over 7500 feet of climbing. 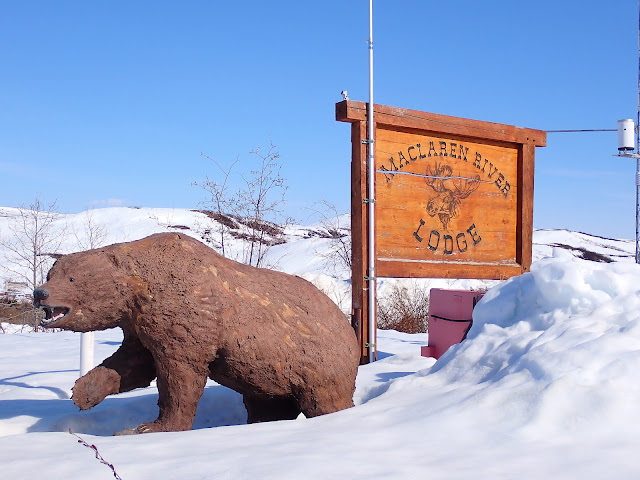 The weather forecast looked perfect. Sunny and not too windy with highs near 60F.The last two years the race was held in cold and snowy and rainy conditions. This year looked to be perfect. I needed to do a long bike ride anyway this weekend in preparation for my XWA attempt, so why not participate in a race? I signed up online and then tried to get a room at one of the lodges. No luck, so I would just have to camp. But then the next morning Maclaren River Lodge emailed to say they had a cancellation, so I even had a warm bed to sleep in the night before. Everything was shaping up perfectly!

I had a beautiful drive down on Friday, passing several moose along the Richardson Highway and having to stop twice to let caribou cross the road. The sky was crystal clear, and the Alaska Range was out in all its glory. The Denali Highway was in great shape. Most of it was still encased in winter with lots of snow on the landscape and the temperature rising only to 40F at the high point in the middle of the afternoon. But it was sunny and there was barely any wind. I couldn’t wait to ride my bike. 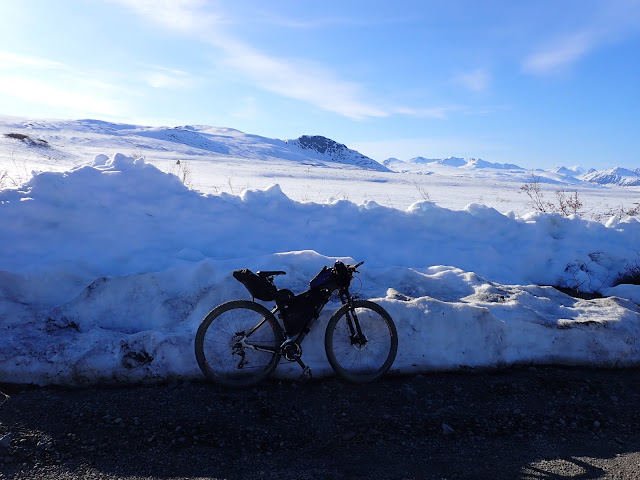 About 45 riders came out for the race this year. Normally there have been more, but the race director, Carlos, thought the bad weather the past two years scared a lot of people away. There was an option for “recreational” riders to start an hour early. Both Alisabeth, a friend from Fairbanks who won the women’s race the year prior, and I decided to start early just so we could be done earlier to get back home. (It’s a 4.5-hour drive from Fairbanks, and I planned to drive home after the race).
Seven of us took off at 8 AM charging the five miles up to Maclaren Summit. We soon spread out and I was riding alone for most of the race, which was fine by me. And since it was an out-an-back in both directions, I got to see lots of the riders several times. So, I never really felt alone.
I’ve been across the Denali Highway many times on bike and by car. But I think this race day was the best day ever. It was spectacular! Clear with no haze and barely a cloud in the sky. The mountains were incredible the entire day. I had never seen it like this. It was hard not to stop and take photos, but, hey, this was a race. So, I settled for just taking photos while biking and hoping that my hand was steady enough.
Physically, I had a good day on the bike, too. I felt strong and was mostly able to power up all the hills. I only took a few quick stops to pee and change layers. I mostly just kept riding and enjoying the scenery with a big smile on my face. It was truly an amazing day on a bike! 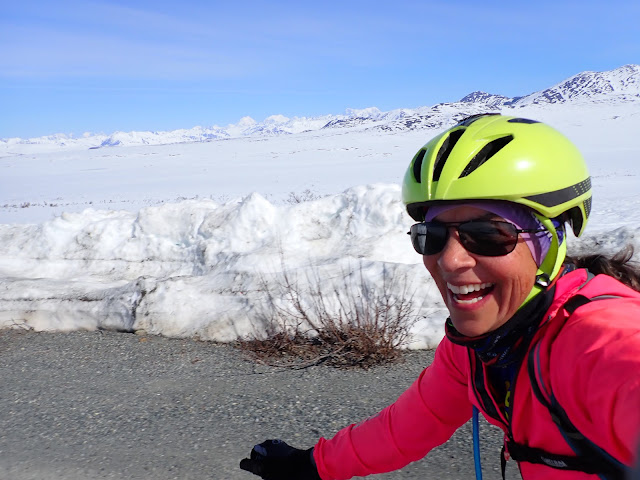 The night before, one of the racers from Fairbanks asked me what my goals were. I hadn’t really thought much about it except that I wanted to finish and ride strong. I told her that I thought I could ride the course in 10 hours, so I made that a goal. Looking at the math, I also thought that I could get back to the lodge at 40 miles before getting passed by the lead racers who started an hour after me.
I ended up with a finish time around 9 hours and 50 minutes, and I made it back to the lodge and even 7 miles further before the lead pack of riders passed me. So, I surpassed both of my goals! I also think I finished second out of the four women who did the 120-mile distance. Not bad for an old lady!

I had the race I wanted, and I felt good and enjoyed myself all day. And I got to enjoy amazing Alaska scenery. This day was just what I needed to get out of my funk. Not even a pesky robin could ruin it. 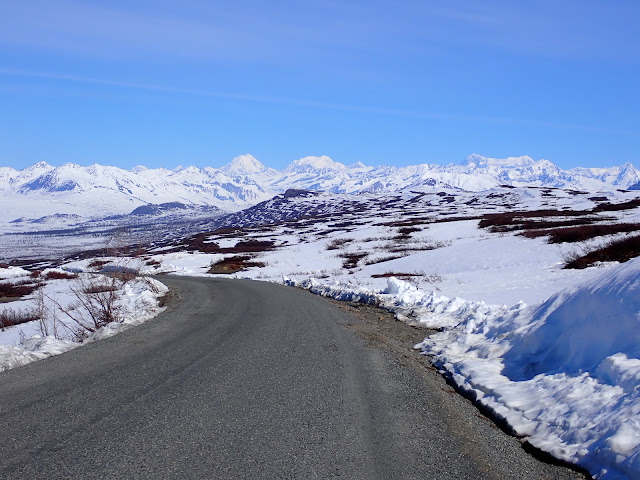 Posted by Corrine and Eric at 4:38 PM