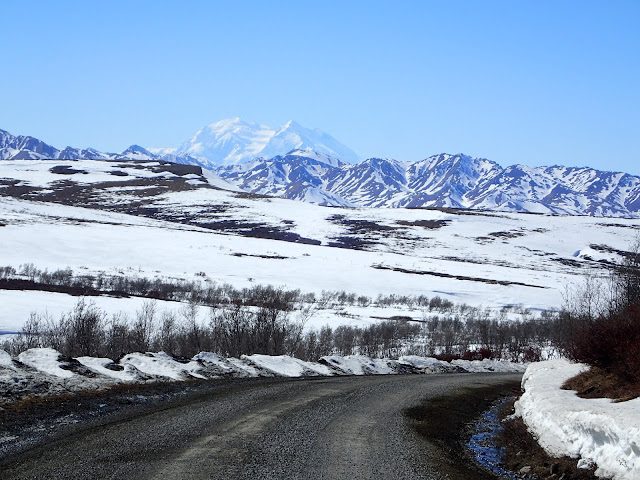 post by Corrine
It’s been a rite of springtime for me and many other Fairbanksans to head down to Denali in May and bike the park road before the buses start running.  I usually do it around Mother’s Day but the forecast for this weekend was so amazing that I decided to go early.  Highs in the mid 50’s, winds only up to 10 mph, sunny with no chance of rain.  The forecast down in Denali doesn’t get any better than this.  Plus, I needed to get in some gravel miles to train for my Unbound Gravel race that is less than 6 weeks away. 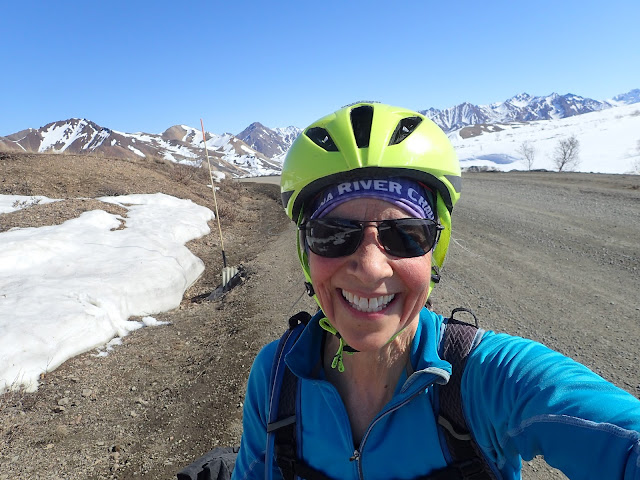 I didn’t have to get up too early as I wanted it to warm up before I started riding.  Plus, we have over 16 hours of daylight now, so I didn’t have to worry about it getting dark. I drove to Denali National Park, parked at the Murie Science Center and was ready to start riding by 10:30 AM.  I could have driven 15 more miles to the Savage River but wanted more biking miles. I was hoping to get in a big ride, and I didn’t know how far the road was open, so I started nearer the park entrance. Of course, that meant 10 miles of uphill grind on pavement to begin with.

I felt good and felt like I was making good time up that first long hill.   But when I stopped at the first overlook where you can see Denali, I realized I had a nice tailwind pushing me up the hill.  Hmm, tailwind on the way out, that means a head wind on the way back.  I won’t think about that right now.  I bombed downhill, ducked under the gate, crossed the Savage River and kept on biking.  The sun was shining, it was warm, it was definitely a great day.  No clouds in the sky and Denali was out.  In fact, that’s how it was for the entire day. And after the Savage River checkpoint, there was no traffic.  It was just me and the mountain. 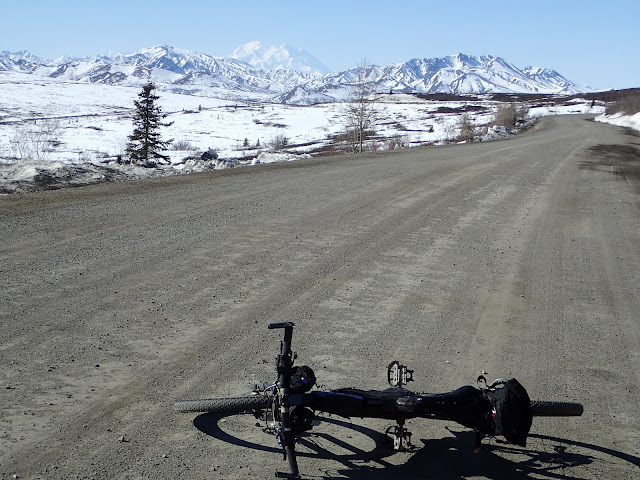 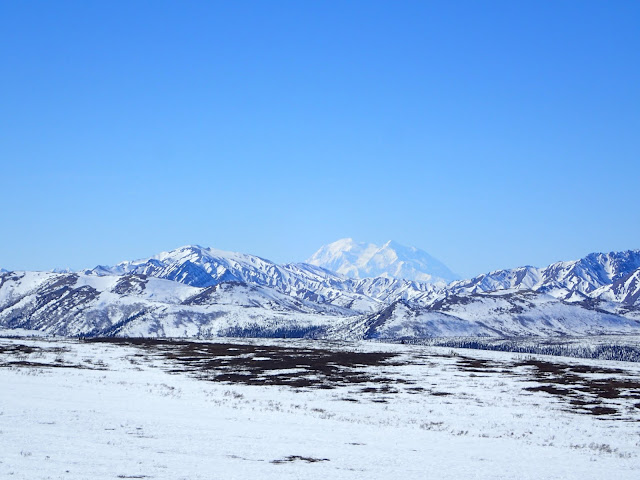 (Family joke.  Our daughter, Montana, made this video when she was about 9.  We say it with the same inflections whenever we are in Denali and the mountain is out!)
And here is me trying to recreate Montana's video in 2018 on a different trip!

I was riding along daydreaming when I looked up and realized there was a biker in front of me!  I quickly caught up, and as I rode alongside, I realized it was my friend Matt, who lives in New Mexico. He is a senior officer at the Arctic Energy Office (part of the federal Office of Energy) and they are opening up a new office in Fairbanks at the university, so he is in town for the week.  He had just bought 3 e-bikes for their office to use to commute (to help offset greenhouse gases), so he came down to Denali to check one out.  It was fun to see him.  I was a little faster and wanted to make miles so I rode ahead but told him I would stop and see him after my ride as he was camping at Riley Creek. After my ride, I wished I had decided to camp.

I had hoped to ride at least as far as the slide area around Pretty Rocks near Polychrome.  Every year the road keeps slumping/sliding downhill, and every year they have to shore the road back up.  The park service is trying to come up with an alternative route for that part of the road, but a solution hasn't been found yet.  I wasn’t sure if I would be able to go past this area.  I knew they were working on it as a dump truck driver passed me several times bringing loads of gravel.  As I was working my way up towards Polychrome Pass, he stopped to talk to me.  He told me that just around the corner he had scared a bear off the road that had just come out of its den.  He thought I should turn around.  I went up to the next corner but knew he was right. I didn’t want to come face to face with a hungry, grumpy bear who had just gotten up from his winter sleep.  Plus, the road was narrow with a steep drop off on one side and a cliff on the other side so no place to get out of the way.

I checked my mileage and was only at 43 miles which would make my round trip 86 miles.  Respectable but 90 sounded better.  I turned around and headed back.  Did I want more mileage? I am training for a 350-mile race.

On the flatter portion past Teklanika Campground, I turned back and did a 2.5 mile back and forth to add 5 miles to get me over the 90 mile mark.
But as I continued to grind out miles on my way back, I thought, why not go for a 100? That’s such a nice round number.  But it would mean I would have to pass my parked car and head out to the Parks Highway to get those extra miles.  Was I tough enough to do that? I was going to have to be tough to bike 350 miles in under 36 hours. I better start practicing my mental game now.  I decided I would do it.  It was a beautiful day.  The sun was shining.  The headwind wasn’t awful. I was tired but not so exhausted I couldn’t go on.  I had plenty of food and water.  So, I kept going past my car, turned south on the Parks Highway uphill into a headwind and and cranked out the extra couple of miles, then turned around and zipped back to my car for a total of 101 miles with 7500 feet elevation gain.  Not a bad day.

The only downside was that I saw almost no wildlife. Just one ground squirrel.  Although, on my drive home I did see a moose and an owl.  Usually, I see all kinds of wildlife biking the park road.

I decided that I’ll come back to Denali in 3 weeks for my last big training ride before my race.  But this time I’ll bike the entire road out and back for 160 miles of outdoor adventure.  And I’ll camp at Riley Creek so I don’t have to drive 2 hours home afterwards. 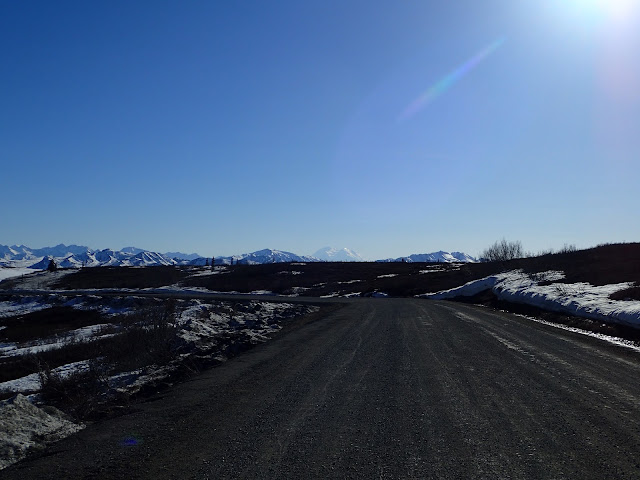